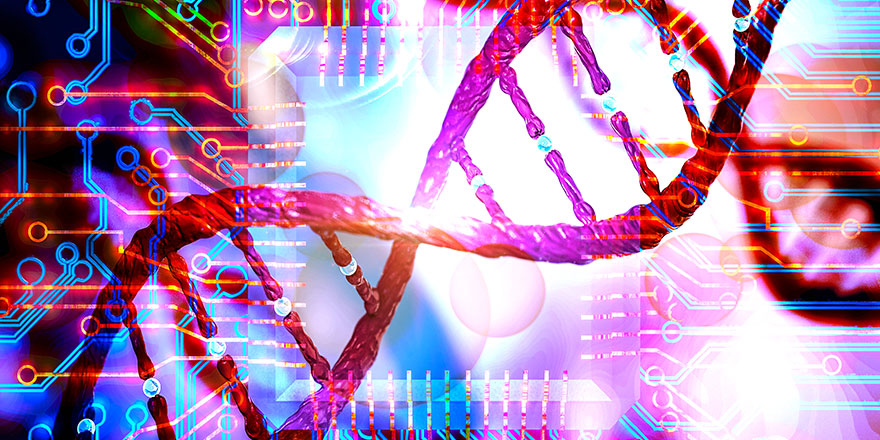 The Pace of Innovation

Life sciences and healthcare research, also referred to as biomedical research, is one of the fastest-paced and most directly impactful fields of science for people today. In the last 10 years, our knowledge of biology, the human body, and when and how diseases arise has increased exponentially. One of the primary drivers of these leaps in understanding of disease is the rather striking pace of innovation in laboratory instrumentation. Starting with foundational shifts in the field of genomics, high-throughput genomic sequencing made sequencing a full genome available at an affordable price and at increased accuracy from older methods inside of five years. As a reference point, the first human genome took 12 years and $1.2B to complete, while today, you can sequence an entire human genome in 10 hours for under $1,000.

This initial revolution allowed researchers to begin exploring the genetics of disease in a way never before possible. While genetic mutations aren’t always the main cause of diseases, they can point to reasons why disease states may arise. As a result, the majority of biomedical research organizations began buying Next-Generation Sequencers (NGS) at a staggering pace. What wasn’t anticipated by the scientists, or the IT shops for that matter, was the overwhelming amount of data that would be generated from these devices. One NGS Sequencer can generate up to 3TB of raw data in about 18 hours, and the final reduced data (the genome) is about 300GB in size. There are scientific initiatives in the field now that aim to sequence 1 million human genomes (there are several of these throughout the world), which would require 29PB of storage just for the processed sequence files. Suddenly, every laboratory needs to be peta-capable – a scary thought when an organization might have several thousand researchers.

The instrumentation revolution didn’t stop there, however. In the last few years, innovations in imaging technology have added a new dimension to high-throughput research methodologies. Devices like Lattice Light-sheet microscopes, Cryo-electron microscopy (Cryo-EM), high resolution functional MRI, and others have changed the way researchers can directly visualize everything from microscopic states of living tissue, through atomic-level direct visualization of organic molecules (~2 angstroms). While these devices are quite a bit more expensive than genomic sequencers, they generate many times the amount of data in the same time frame. Lattice Light-sheet microscopes capture stunning multi-channel fluorescent scans of full tissue sections in seconds at very high resolution, which can generate up to 25TB of data/week. Cryo-EM can capture 5TB of imaging data in 12 hours. From a purely storage perspective, the amount of data generation in biomedicine has now outpaced all other areas of science. That level of data generation can only mean one thing – that a significant amount of computational power is needed to analyze those data.

As a result, supercomputing has become a mainstream requirement in biomedicine, not only because of the sheer amount of data that is being analyzed, but because of the rather sophisticated analytics workflows that are being applied to larger and larger cohorts of data. Currently, there are six major biomedical domains that are extensively utilizing supercomputing: genomics, imaging, molecular dynamics & computational chemistry (simulations), structural biology, proteomics, and math and statistics. The vast majority of users aren’t using HPC for classical supercomputing. Most of the genomics applications, for instance, are embarrassingly parallel and can be broken up into many distinct batches of jobs and can run easily on a batch or capacity HPC system. Genomics is more about volume processing than difficult parallel computations. Molecular dynamics, however (molecular modeling, protein interactions, drug discovery), is as complex of a simulation space as any computational fluid dynamics system and is sometimes even more complex. It can take many months of utilizing thousands of cores in a billion-element system to simulate a few nanoseconds of molecular interactions in a complex biological system. These problems require capability supercomputers in the classical sense.

One of the most interesting fields of study that recently emerged as a forerunner in supercomputing is structural biology, driven by Cryo-EM. As an imaging-based method, Cryo-EM analysis makes powerful use of GPUs, but also utilizes deep learning inference models to reduce noise and automatically select regions of interest. The analytics pipelines from Cryo-EM studies, particularly the reconstruction of three-dimensional molecular models from the imaging runs (hence, the structural biology part), are very computationally intensive and require significant amounts of GPU to run in reasonable amounts of time (though recent comparisons with Intel compilers on Xeon platforms found very high performance as well).

While all of the technology in the laboratories are fascinating, and the science being done using these devices and analytics are changing our world (saving that for a different blog post), the field of biomedical research is one of the most difficult to support by supercomputing centers. The reason is that as a singular field of science, the diversity in algorithms, computational methods, parallelism, and disk access methods is higher than any other field of science. This is largely because the field has progressed at such a rapid pace that standards in data formats, data access, data management, and algorithm development are non-existent. Biomedical applications are written by everyone from seasoned computer scientists to biologists who read the Python for Dummies book and decided to take matters into their own hands (it’s not actually that bad anymore, but it did start that way).

As a result, the design and operation of a general-purpose cluster that is geared toward these applications needs to serve an incredibly broad array of application profiles. If the system is designed correctly, it needs to function equally well as a capability system and a capacity system, with the main focus on delivering high-IOPS and high-performance shared scratch storage to every node in the system. The high-random access nature of most of life-sciences applications makes filesystems like Lustre very slow for life-sciences applications, due to highly concurrent metadata access requests by the applications. GPFS is slightly better due to its distributed metadata access model, but the design and configuration of the storage system, as well as the distribution of NSDs has to be well thought out, especially on very large systems. There are other options, like next-generation filesystems that are being explored, but they haven’t been tested extensively yet since they are so new. It is also critically important to focus on the HPC interconnect for the system, which has to handle both inter-process communication for the highly parallel applications, and highly variable read/write access to/from storage at the same time, without creating network contention. Thus, near non-blocking hybrid EDR/HDR Infiniband fat-tree fabrics are the typical target for backend networking on these types of HPC systems. Additionally, in a sufficiently complex user environment, most HPC groups have to manage between 200-600 applications in order to sufficiently support their user’s needs.

One leadership-class system of this type, designed specifically for biomedical computing, exists to our knowledge at the National Institutes of Health, in Bethesda, MD. This system, called Biowulf, currently holds the #100 spot on the Top500 list (listed with 66,000 cores), but in total has nearly 100,000 cores and 3,000 nodes with 35 PB of GPFS storage. This system has been in operation for four years and has weathered the technological and methodological revolution occurring in biomedical laboratories for an 8000 researcher organization.

One thing is clear, that modern biomedical research cannot be done without supercomputing. What used to be a niche analytics style for some highly sophisticated research laboratories, is now commonplace and required in order to make sense of and draw conclusions from the massive amounts of information being collected on human disease states. Most researchers now consider HPC a laboratory tool that they need in order to advance their research programs. It is as critical to them as their sequencers or microscopes, and those without a resource like this can no longer keep up with their competitors. There are many innovations to be made in HPC design and operations in biomedical computing and many new applications to support – like real-time feedback computing during complex surgical procedures using detailed imaging techniques, as well as hospital laboratory diagnostics that return instant results and personalized treatment regimens (precision medicine).

No matter what, though, the future of computing in biomedicine is exciting and will most certainly drive part of the HPC industry for many years to come, and will hopefully result in new treatments and more cures for our most deleterious diseases.

Ari began his career in high performance computing working for the computer science department at the University of Texas at Austin as an undergraduate in biology/zoology. While there, he helped design and build several commodity medium-scale clusters, as well as deploy, integrate, and maintain large networks of mixed architectures. During this time, he became an expert in Perl and shell scripting, learned about parallel programming techniques, and deployed several web-based interactive programs.

He then entered graduate school at UT and received his Ph.D. in Molecular Biology with a concentration in Neuroscience and Bioinformatics in 2005. In the following two postdoctoral fellowships at UCSF and the Buck Institute for Research on Aging, Ari gained a lot of laboratory experience in mouse model development and neurodegenerative diseases as well as a great deal of direct bioinformatics experience. During this time he continued developing and maintaining HPC infrastructure to assist in his research.

In the final year of his final postdoc, Ari gained IT expertise in disaster recovery, high-availability, data security, and centralized high-performance, high-volume storage systems. Since joining BioTeam, Ari has focused on larger-sized projects, mainly with the Federal Government, in an attempt to positively impact the scientific computing capabilities of the nation’s biomedical sciences industry. These efforts led him to direct BioTeam’s government efforts, followed by being appointed to lead the entire consulting practice for BioTeam, Inc. as VP and GM of Consulting.

Ari’s career goals are to seamlessly combine his HPC/hardware infrastructure skills with his biology/bioinformatics and software development skills to provide the industry with state-of-the art equipment configured to enable science.