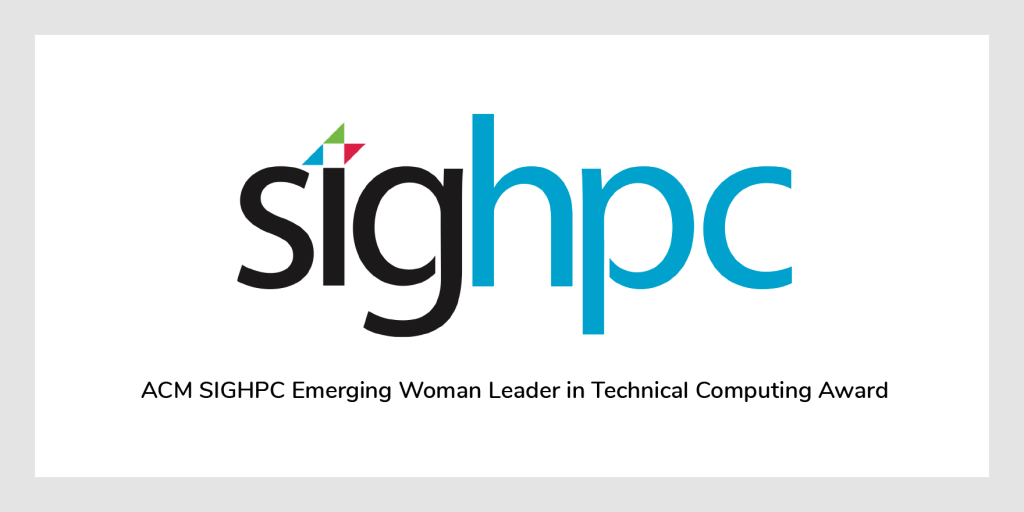 Make Your Nomination Before June 30

The ACM SIGHPC Emerging Woman Leader in Technical Computing (EWL/TC) is a biennial award open to any woman who has engaged in HPC and technical computing research, education, and/or practice for 5-15 years since receiving her highest degree. This international award creates a new career milestone achievement and consists of a $2,000 honorarium, travel support to the SC conference, and a recognition plaque.

Dr. Ilkay Altintas was the winner of the inaugural award in 2017. Dr. Altintas is director of Workflows for Data Science Center of Excellence, division director of Cyberinfrastructure Research, Education, and Development, and Chief Data Science Officer at the University of California’s San Diego Supercomputer Center. Read more about Dr. Altintas and her important contributions to the field of HPC.

Mid-career is a time when women are moving through the ranks on their way to becoming leaders in their fields. Cherri Pancake, a founder of SIGHPC and the current president of ACM, notes that this “is a period that can be especially challenging for women, who often have to juggle child or parent care as well as job demands.”

“Technical computing” includes all of the various fields that are part of what we think of as HPC – areas such as visualization, analytics, operations, scientific application software (creation and porting/tuning), libraries, and so on – as well as professionals working with everything from small, workgroup-sized systems, to leading systems on the TOP500 list.

SIGHPC recognizes that awards can be an important way to affirm technical accomplishments for the individuals receiving them but, just as importantly, awards also serve as models of success that can encourage others as they start their own careers.

Nominations are open now and close June 30, with the winner announced in July. Learn more about this esteemed award and how to nominate an outstanding candidate.