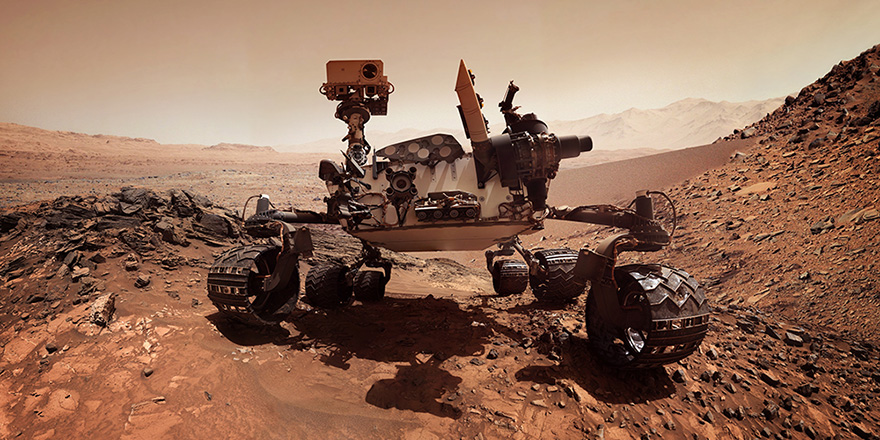 Between 2004 and 2018, mankind spent more than 5,600 cumulative days exploring Mars—yet the principal investigator on those missions never needed a spacesuit.

That’s because Spirit and Opportunity, NASA’s two Mars rovers, were guided by the computing power that made it possible for Dr. Steven Squyres to oversee their findings from as much as 250 million miles away. Dr. Squyres, the James A. Weeks Professor of Physical Sciences at Cornell University, will be the keynote speaker for SC19 on Tuesday, November 19, 2019 at 8:30 a.m. in Denver, Colorado.

While he is best known to the public as the “face and voice” who chronicled Spirit and Opportunity’s extended missions—each of which lasted years beyond initial expectations—Dr. Squyres played his most mission-critical role behind the scenes, helping guide the project science as the two rovers examined the terrain of Mars for signs of water or life.

This year NASA celebrates a half-century since Apollo astronauts landed on the moon, using onboard computers that were famously advanced for their time, and just as famously rudimentary compared to the devices most people carry in their pockets today. Unlike the Apollo technology, the Mars rovers had no humans to operate them in person, and even radio commands could take as long as 24 minutes to travel from the Earth. The need for the rovers to carry out complex procedures and navigate unforgiving terrain meant their reliance on computers and software was central to their mission success.

Massive Contributions to Science and Exploration

In addition to his role in the Mars rover program, Dr. Squyres took part in NASA’s Voyager mission to Jupiter and Saturn, the Magellan mission to Venus, the Cassini mission to Saturn, and the Near Earth Asteroid Rendezvous mission. He continues to contribute to other Mars-related projects as a co-investigator, and has researched the prospect of a habitable liquid water ocean on the Jovian moon Europa.

Dr. Squyres is a former chair of both the NASA Advisory Council and the NASA Space Science Advisory Committee, and led the most recent planetary decadal survey for the National Research Council. He has been awarded the American Astronomical Society’s Harold C. Urey Prize, the Space Science Award of the American Institute of Aeronautics and Astronautics, the American Astronautical Society’s Carl Sagan Award, the National Space Society’s Wernher von Braun Award, and the Benjamin Franklin Medal of the Franklin Institute. He is a fellow of the American Academy of Arts and Sciences.

The SC19 Keynote will be held Tuesday, November 19, 2019, and is open to all registered SC19 attendees and exhibitors.

Look for a special Q&A with Dr. Squyres coming to the SC blog in October.