Location505
DescriptionIndirect memory accesses caused by sparse linear algebra calculations are widely used in important real applications. However, they also cause serious inefficient memory accesses and pipeline stalls resulting in low execution efficiency even with high memory bandwidth and much computational resource. One of the important issues of indirect memory accesses, such as accessing A[B[i]], is it requires two successive memory accesses: the index loads (B[i]) and the following data element accesses (A[B[i]]). To overcome this situation, we propose the Cascaded-DMAC (CDMAC). This CDMAC is intended to be attached in each core of a multicore chip in addition to a CPU core, a vector accelerator, and a local data memory. It performs data transfers between an off-chip main memory and an in-core local data memory, which provides data to the accelerator. The key idea of the CDMAC is cascading two DMACs so that the first one loads indices, then the second one accesses data elements by using these indices. Thus, this organization realizes the autonomous indirect memory accesses by giving an index array and an element array, and obtains the efficient SIMD computations by lining up the sparse data into the local data memory. We implemented a multicore processor having the proposed CDMAC on an FPGA board. The evaluation result of sparse matrix-vector multiplications on the FPGA shows that the CDMAC achieves a maximum speedup of 17x compared with the CPU data transfer.
Archive
Archive
Author/Presenters
Tomoya Kashimata
Waseda University
Toshiaki Kitamura
Waseda University
Keiji Kimura
Waseda University 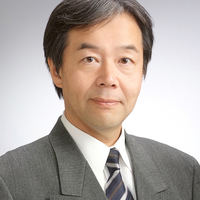