Location702
DescriptionCTBTO is operating and maintaining the international monitoring system of Seismic, Infrasound, Hydroacoustic and Airborne radionuclide to detect a nuclear explosion over the globe. The monitoring network of CTBTO, especially with regard to infrasound and hydroacoustic, is quite unique because the network covers over the globe, and the data is opened to scientific use. CTBTO has been developing and improving the methodologies to analyze observed signals intensively. In this context, hydroacoustic modelling software, especially which that solves the partial differential equation directly, is of interest. As seen in the analysis of the Argentinian submarine accident, the horizontal reflection can play an important role in identifying the location of an underwater event, and as such, accurate modelling software may help analysts find relevant waves efficiently. Thus, CTBTO has been testing a parabolic equation based model (3D-SSFPE) and building a finite difference time domain (FDTD) model. At the same time, using such accurate models require larger computer resources than simplified methods such as ray-tracing. Thus we accelerated them using OpenMP and OpenACC, or the hybrid of those. As a result, in the best case scenarios, (1) 3D-SSFPE was accelerated by approximately 19 times to the original Octave code, employing the GPU-enabled Octfile technology, and (2) FDTD was accelerated by approximately 160 times to the original Fortran code using the OpenMP/OpenACC hybrid technology, on our DGX—Station with V100 GPUs.
Archive
Archive
Author/Presenters 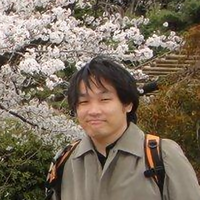