Location605
DescriptionHPC support teams are often tasked with installing scientific software for their user community and the complexity of managing a large software stack gets very challenging. Software installation brings forth many challenges that requires a team of domain expertise and countless hours troubleshooting to build an optimal software state that is tuned to the architecture. In the past decade, two software build tools (Easybuild, Spack) have emerged that are widely accepted in HPC community to accelerate building a complete software stack for HPC systems. The support team are constantly involved in fulfilling software request for end-users which leads to an ever-growing software ecosystem. Once a software is installed, the support team hands it off to the user without any testing because scientific software requires domain expertise in order to test software. Some software packages are shipped with a test suite that can be run at post build while many software have no mechanism for testing. This poses a knowledge gap between HPC support team and end-users on the type of testing to do. Some HPC centers may have developed in-house test scripts that are suitable for testing their software, but these tests are not portable due to hardcoded paths and are often site dependent. In addition, there is no collaboration between HPC sites in building a test repository that will benefit the community. This paper presents buildtest, a framework to automate testing for a software stack along with several module operations that would be of interest to HPC support teams.
Links
Workshop Presentation URL
Archive
Archive
Author/Presenter 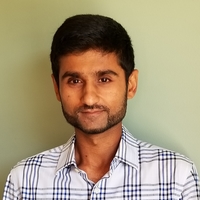